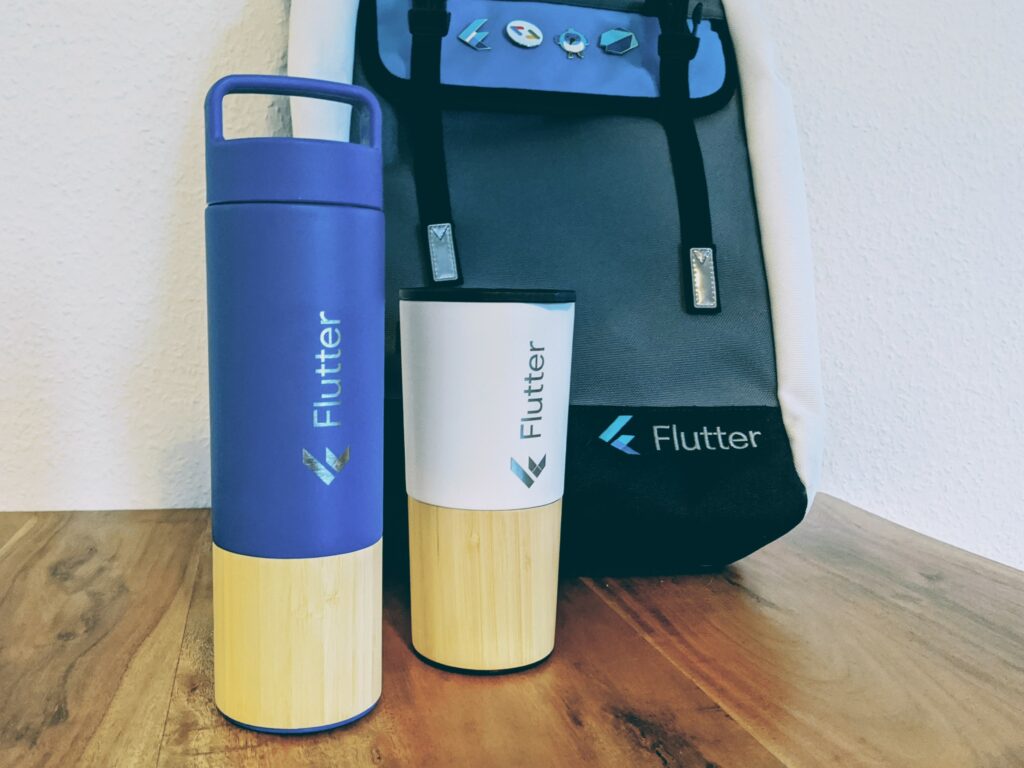 Another fantastic year for Flutter comes to an end. Now and then the Flutter Team sends out amazing Flutter swag. This year I received two fantastic Flutter branded thermo tumbler from welly bottle. Perfect for coffee and tea.

Unlike last years Flutter backpack, I don’t see myself using them much since I work from home and don’t drink coffee. I’d like to give them away to two Flutter Developers in Europe. And you could be one of them!

To win them, add lint to your project, fix all warnings and send me a proof via twitter to join the raffle.

To participate you have to:

Follow the tutorial on GitHub to add the lint package to your Flutter/Dart project.

In short: Add the the lint package to your dev_dependencies and reference the rules in you analysis_options.yaml.

Fix all the warnings

The Dart Analyzer will now show you warnings in IntelliJ and VScode.
These are recommendations on how to improve your code. Follow them!

Usually, I see hundreds of warnings when I add lint for the first time to a project. If you don’t get any, chances are high something is wrong. Restart your IDE or try to run flutter analyze in the Terminal.

I’m personally using those rules for almost a year. If you don’t like some of the rules, open an issue and we can discuss if they should not be on by default.

At best you added lint to an open-source project. Send me the links to your PullRequest or commits via twitter.

If your project isn’t public, send me a few screenshots of your code changes. My DMs are open.

This giveaway is offered by Pascal Welsch and is not sponsored by Google.